7 Things to Consider When Buying an Instant Camera 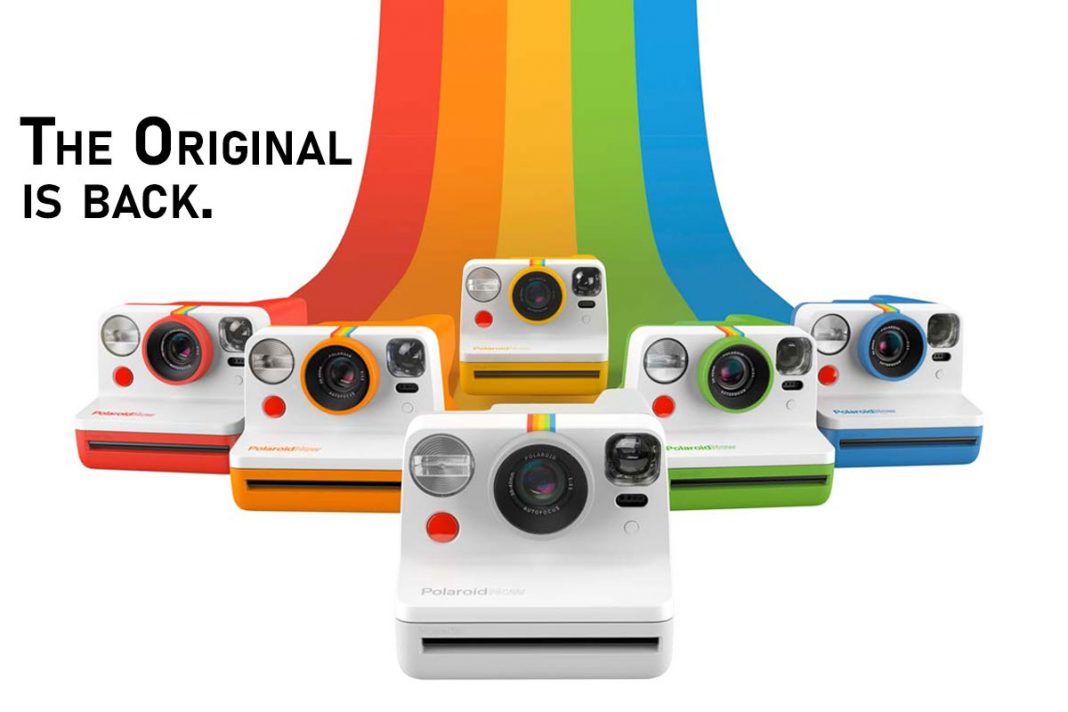 — This post contains affiliate links, so we may earn a small commission when you make a purchase through links on our site at no additional cost to you.

Some of the first personal cameras that were ever released were instant cameras. They’re easy to use, fun, and having a physical photograph brings much more value than one that lives on your smartphone. Instant cameras have grown in popularity even in the age of affordable digital cameras and smartphones. But which instant camera should you choose?

Here are seven things you should take into consideration before purchasing your first instant camera.

What Is an Instant Camera?

Instant cameras use film that self-develops, with no need for advanced developing techniques.

These cameras tend to have as few buttons as possible that are easy to use for everyone, usually consisting of at least an optional flash as well as a shutter button. Modern instant cameras have rechargeable batteries and a maximum number of films that can be held in the camera at once.

Each camera differs based on size, the type of film they’re compatible with, quality and style of photos, and several other factors. Features that may be good for one person, may not suit another’s shooting style or personal preferences at all.

Instant cameras are extremely fun to use and it takes practice to shoot beautiful photos, but it’s worth it. Let’s jump right into the things to keep in mind before picking up yours. 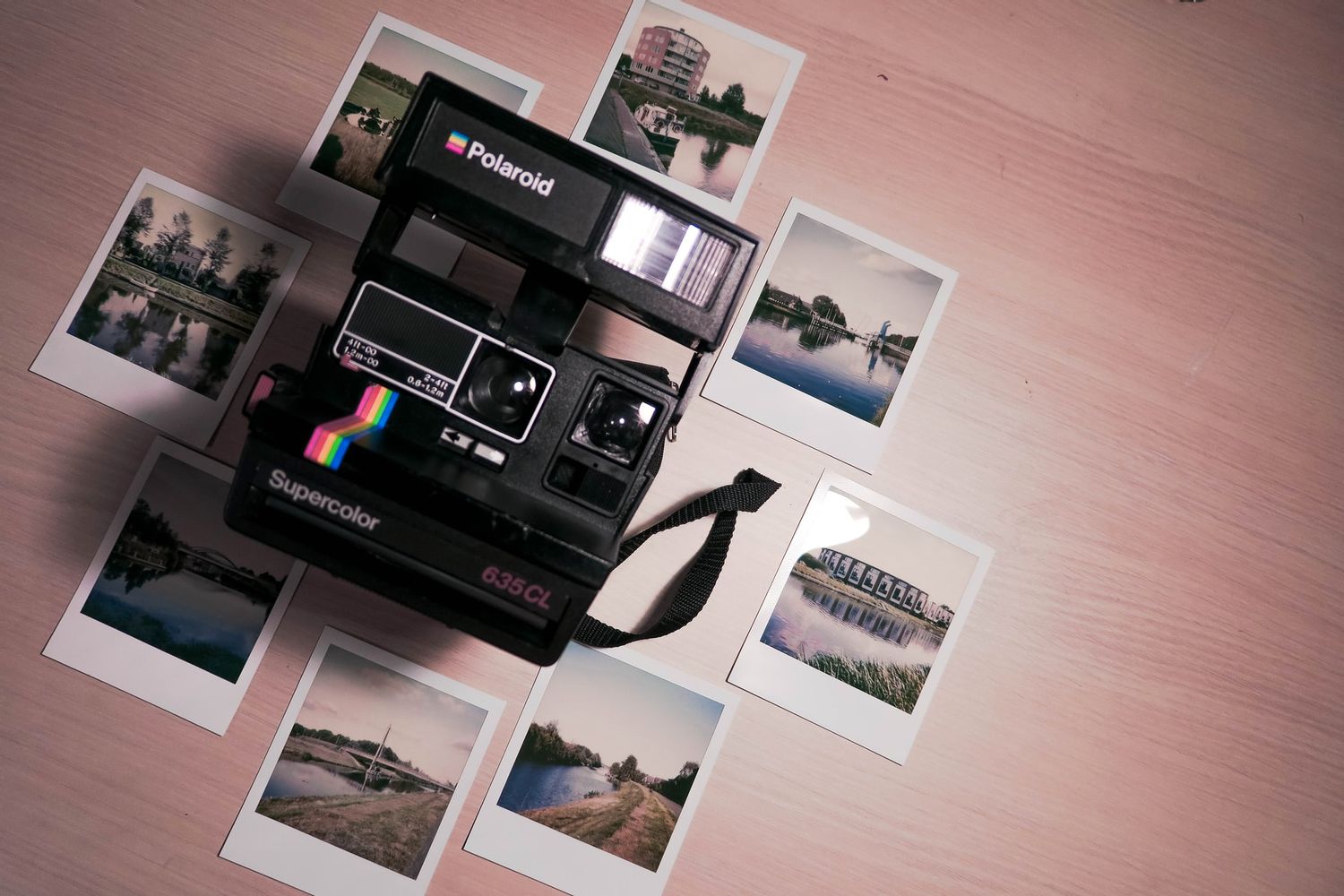 The price of film is something you don’t need to take into account with your smartphone or any digital camera, so it seems like an afterthought when you’re out looking for the perfect instant camera. But it’s important to keep the price in mind, as film can be expensive and gets used fairly quickly.

For example, the Polaroid Color i-Type film is $16.99 for a pack of 8 as of writing. This adds up very quickly; however, it makes you think more about the shot you’re going to take, which results in a more interesting photo compared to shooting as many photos as you’d like.

These prices can range widely depending on the brand, size, and type. 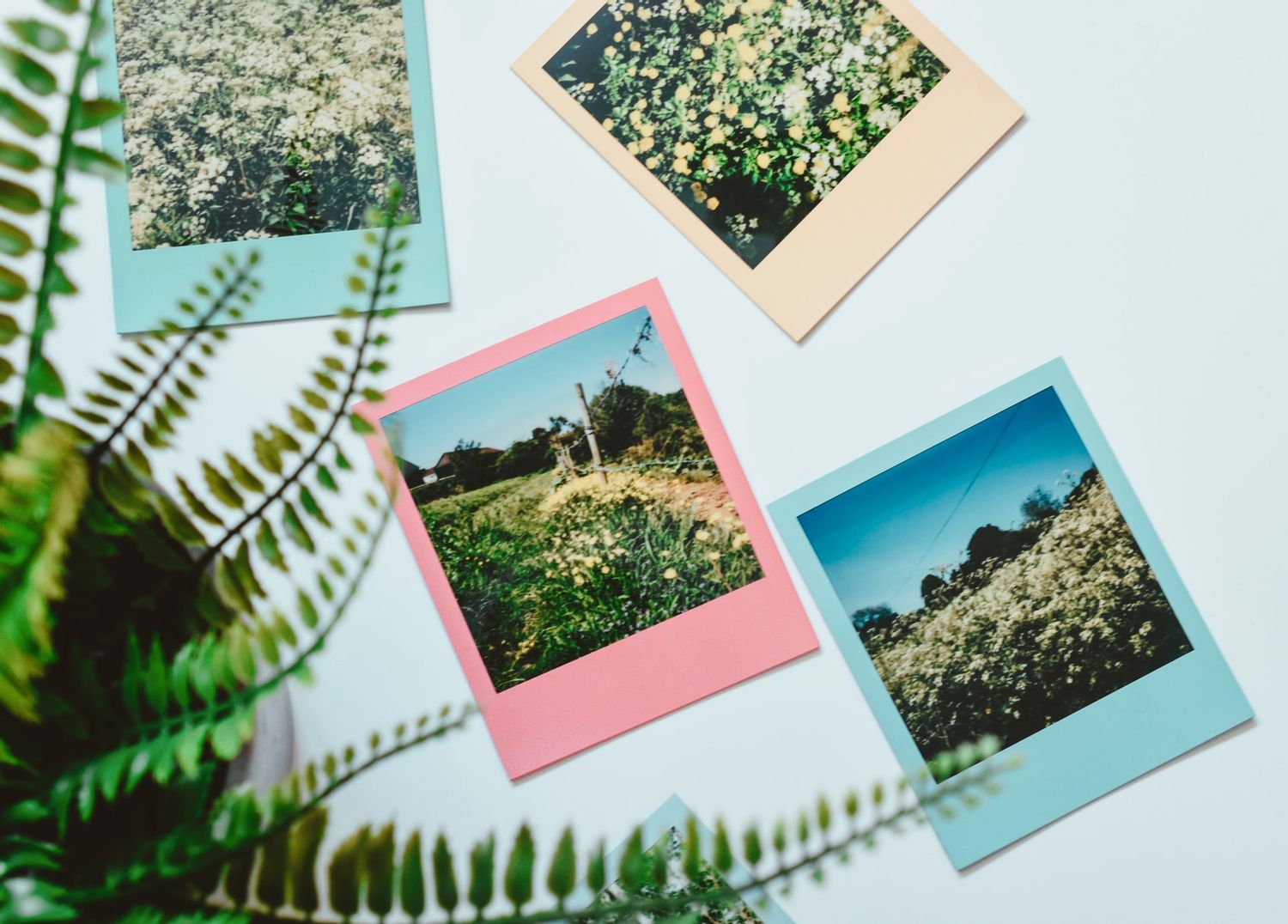 Once you start shooting with your instant camera for a while, you may get bored with the white borders on every photo. Many of the popular instant camera companies like Polaroid and Fujifilm have unique film with borders filled with rainbows, various color gradients, photo shapes, and more.

You should explore what styles of film are available for the camera you’re looking at purchasing. 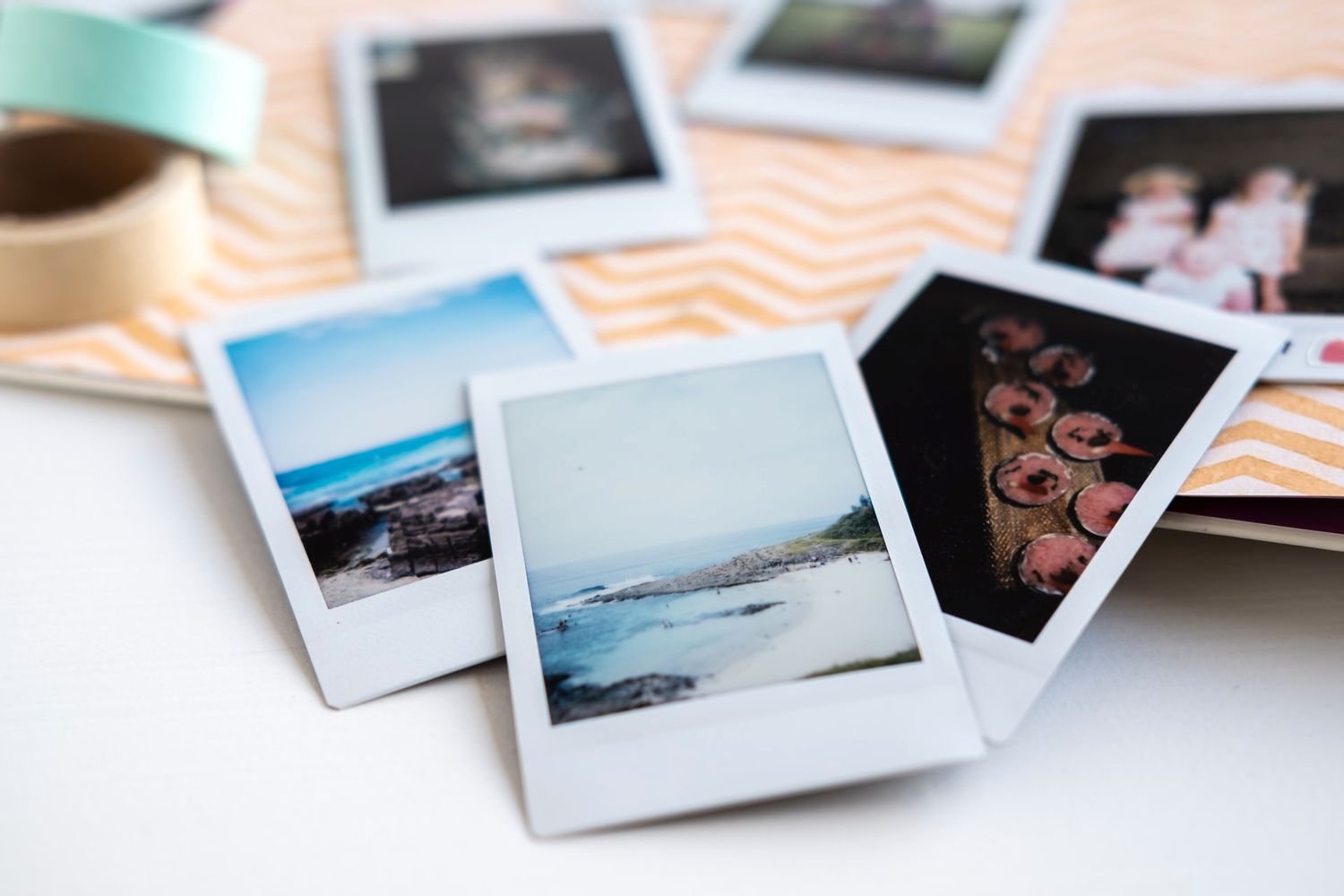 Just like any other camera, the photo quality will differ depending on the film ISO, the settings you’re shooting in, the distance between you and your subject, and so on. Images from Fujifilm seem to be consistently accurate with colors and white balance, and have very few imperfections in its film.

Other types of film have more trouble getting consistently good-looking photos. For example, Polaroid film is fantastic for its unique style and colors it can bring to your photos; however, this can be a big downside for some.

Storing your film improperly can result in missing patches in your photo and there may be more grain, lines, and other imperfections that may show up. You can improve your photo quality with proper film storage and by learning all the techniques that may have an effect on your photo’s end result.

As stated above, the photo quality will differ based on several conditions, but some cameras give a certain style to your photos despite your shooting conditions.

Polaroid’s film may make your photos look different in each setting you’re shooting in, but this also makes for some very interesting, beautiful photos with several shades of color. Polaroid provides you with a more vintage style of photos, which is what a lot of people are looking for in their first instant camera. The examples above were taken on a Polaroid OneStep Plus.

Fujifilm does a great job at trying to get accurate coloring each time you take a photo, which is great, but also means that it doesn’t give you the vintage look of other instant cameras.

We recommend looking at sample galleries from various cameras and films to see what looks best to you, as style is very subjective with instant cameras. 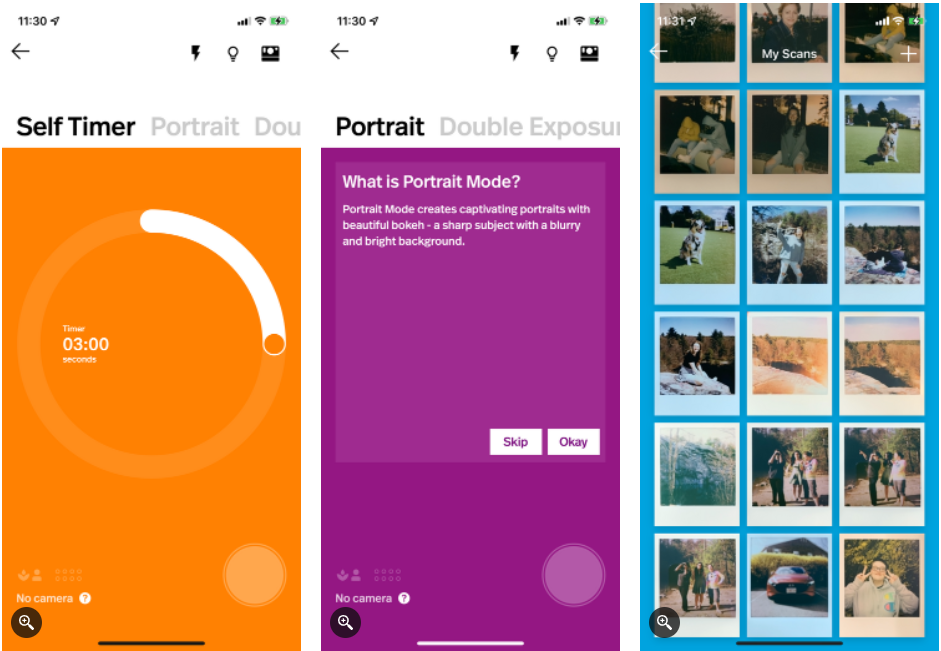 Modern instant cameras come with the benefits of controlling different aspects of the photo using your phone.

If you were to buy a Polaroid OneStep Plus, the mobile app allows you to set a timer to take a photo with friends, adjust aperture and ISO, experiment with light painting and double exposure, and also includes a portrait mode. All of these functions take practice to get right, but that’s the fun of an instant camera. 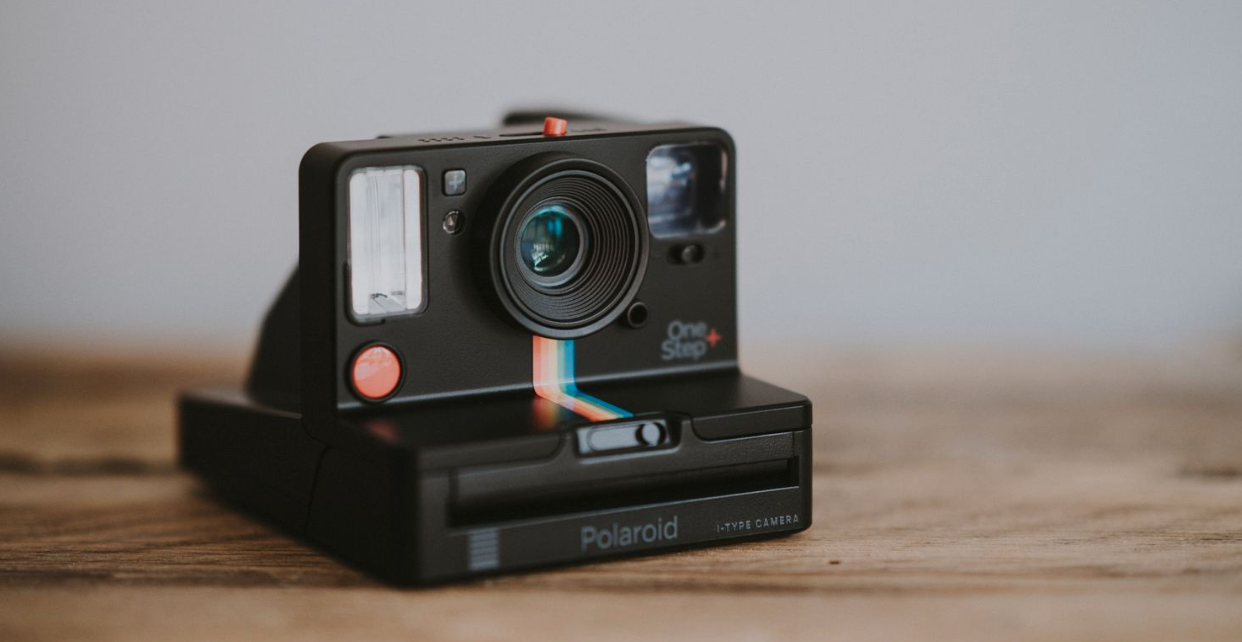 Just like modern digital cameras, you’ll have to worry about how long your camera is going to last when in use.

Most instant cameras last a long time and will run out after taking a certain number of photos. A Polaroid OneStep Plus, for example, has an 1100 mAh rechargeable battery and can last up to 60 days, or around 15-20 packs of film.

Instant cameras can last a long time because they don’t need to power a bright, high-resolution display or any complex features that drain the battery. Most modern instant cameras charge via USB, while some need their batteries to be replaced.

Several factors come into play when searching for your first instant camera. Those who love shooting landscapes will love shooting on the Fujifilm Instax Wide 300, while those looking for more vintage-looking photos should go with a Polaroid.

The downsides of one camera may be an upside for someone else. Take all the above factors into consideration, then practice shooting on your new camera as much as possible. And remember, imperfections in your photos simply make them more unique. 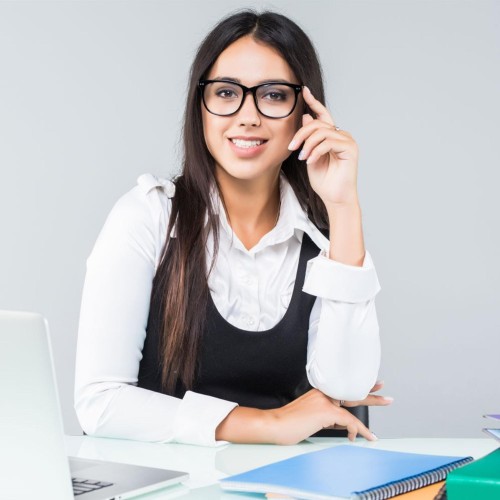 Akanksha Rajhttps://bestvalueinfo.com/
Hi, I'm Akanksha Raj, I love to explore new things and I'm here to post some really cool stuff for you. My passion for helping people in all aspects of daily things flows through in the respective industries coverage I provide.
Share
Facebook
Twitter
Pinterest
WhatsApp

About Dormify Furniture Dormify is an online furniture store that specializes in providing furniture and home decor products for college students and young adults. They...
Clothing

Dresses From Lulus You Can Wear To A Holiday Party

Dresses From Lulus You Can Wear To A Holiday Party And Then Over And Over Again. Wrapped Up In Love Black Satin Faux-Wrap Midi Dress SHOP...
Clothing

Here is the list of some of the New Year's Eve Dresses From Buckle Metallic Striped Chiffon Blouse SHOP Buckle PRODUCTS HERE! This top is a fun...
Clothing

New Year's Eve is just around the corner which means you are likely in need of the perfect New Year's Eve dress. Enter Lulus--the...
- Advertisement - 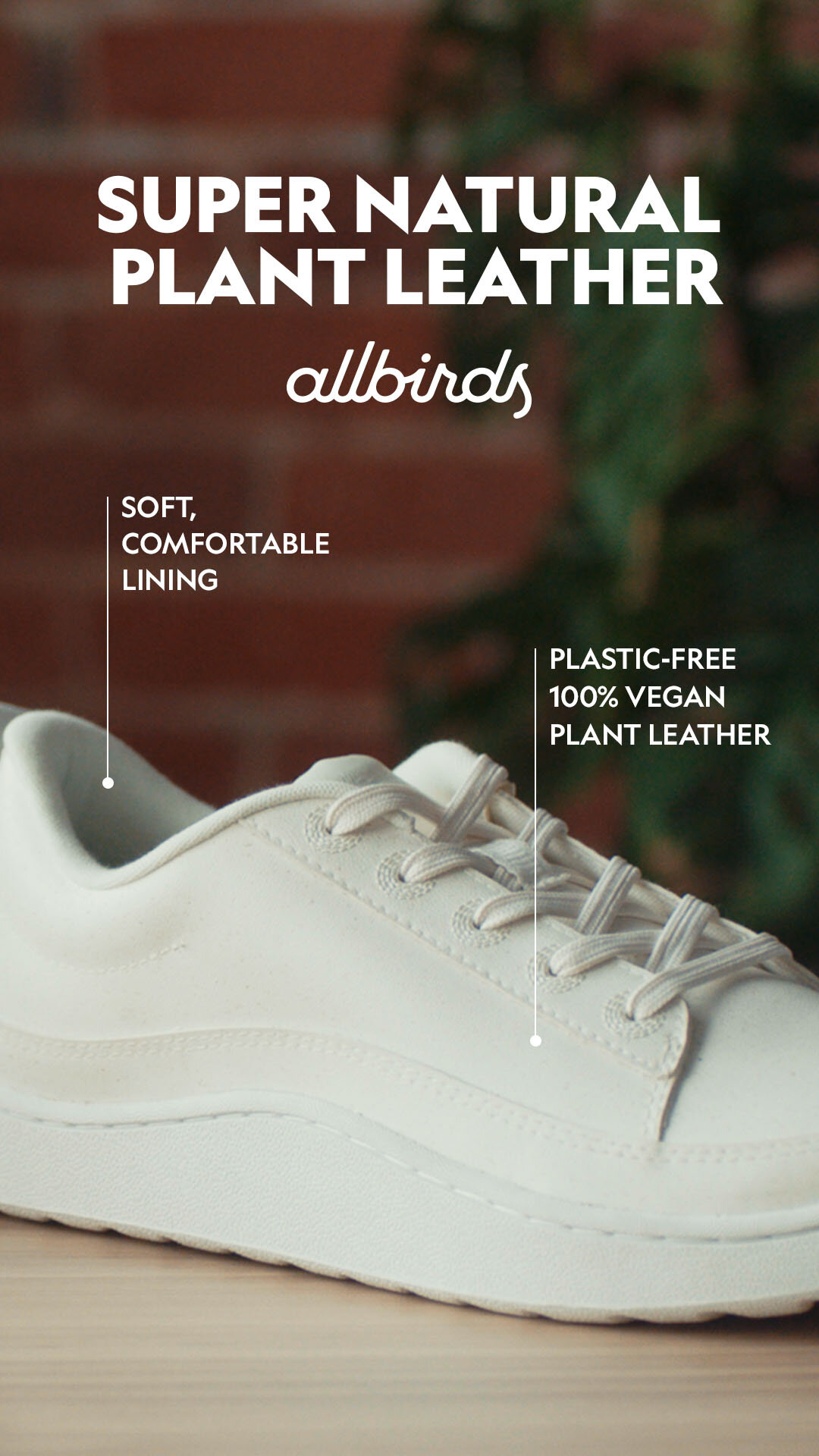 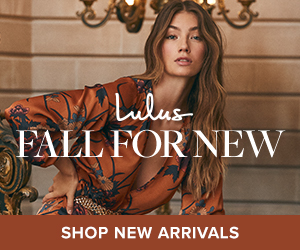 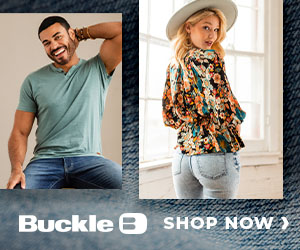 Here's a list of the most popular brands, along with a short and full description of each type and a few tips and resources so you can make the best purchase decision. Take your time and immerse yourself in this amazing experience!